Man, these guys shouldn’t even be allowed to leave the Twin Cities! Another poor road trip, this time in Tampa Bay, saw the Twins only win one of three. Minnesota is still a fairly embarrassing 6-16 on the road, and this was just their second win in 13 games away from the Metrodome. Their Sunday performance was a nail biter, but the win was a very welcome one after two poor showings on Friday and Saturday. Nick Blackburn pitched a good game, only giving up a couple of solo home runs, and the Twins hustled home a few runs to claim a scrappy 3-2 victory. 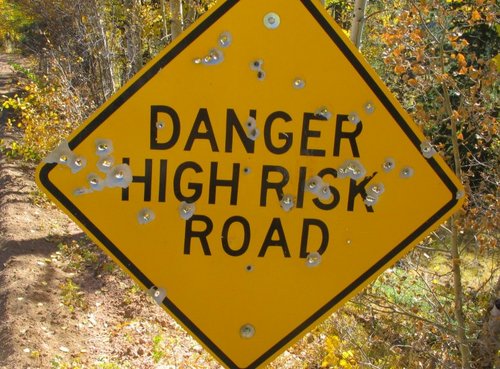 On Friday night, Scott Baker started well enough, but yet again had one of his mental breakdowns in the sixth inning, giving up a three-run homer to Evan Longoria. The Twins rallied a bit later on, but couldn’t get enough going and ended up losing 5-3. When Brian Buscher (.183) has to pinch hit for Carlos Gomez (.219), as happened in the ninth inning, you know there’s definitely something wrong with your line-up, even if that was the right move in the circumstances.

Saturday’s game was even more pitiful. There’s definitely something odd going on with Francisco Liriano, who only lasted four innings for the third straight time. He threw 47 (yes, 47) pitches in the third inning and gave up four runs, after which, I gave up watching. The Twins organization need to do something with poor Frankie, I’m not confident the whole “working out his issues on the mound” thing is really going to pan out if Minnesota wants to remain competitive. Saturday’s game also featured a woeful base-running decision by Scott Ulger, stopping Joe Crede at third after an overthrow instead of waving him home. Sure, it may have been a risky play to send Crede home, but with the way David Price was pitching, the Twins weren’t going to get many chances to score runs, and we blew one right there. Naturally, Alexi Casilla failed to get the run home the next at-bat.

Talking of which, Alexi is back. Nick Punto is on the DL with a groin injury, so the Twins brought back Alexi Casilla who they’d sent down a few weeks ago. The lack of batting production of players like Nick Punto, Alexi Casilla, Delmon Young, and Matt Tolbert is really beginning to hurt Minnesota’s chances of success this year. But it’s not just sucky performances, injury woes continue to mount for the Twins. Jason Kubel had a dodgy knee that kept him out of a couple of games, Joe Crede has had a few unlucky niggles here and there, Michael Cuddyer left Sunday’s game with a finger injury, and we’ve already mentioned Nick Punto who the Twins probably miss more in the field than with the bat.

Usually, I like to end each posting with a positive note, but today I’m just cranky. Even excuses like “it’s still early in the season” are starting to sound a little hollow now we’re almost one-third of the way through. Still, the AL Central doesn’t have a team storming away uncontested like the Dodgers in the NL West, so yes, OK, “there’s still plenty of time to go”. Checking the standings again though, Detroit are the only team who are over the .500 mark in the division, and Minnesota are 4.5 games back, certainly not cause for panic, but nevertheless a little disconcerting.

After three games at home entertaining the steadily improving Indians, the Twins upcoming 10-game extended road trip with stops in Oakland, Seattle, and Chicago (Cubs) could prove to be vital to their hopes this year. 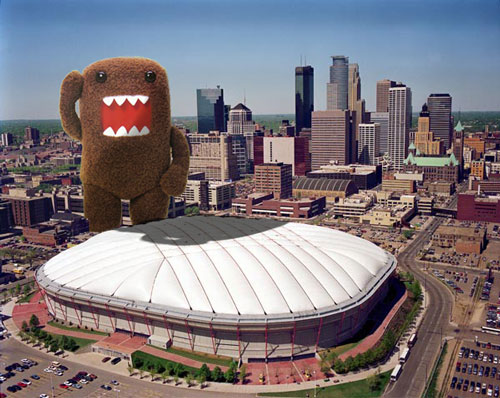 Should be an interesting series this weekend with the Tampa Bay Rays. The Rays have had a mixed start to the season with a 23-27 record currently. They just got swept by the Indians at Progressive Field where they never seem able to win, having lost 17 road games there since September 2005. Their home form isn’t spectacular (11-10), but they’ll certainly be looking to rebound. Former Twins short-stop Jason Bartlett remains on the DL, which might be good news for Minnesota seeing how well he’s been playing this season (MLB-leading average, at the time of writing), but we all know that the Rays always remain a threat.

Intriguing pitching match-up of the weekend should be Sunday’s encounter between another former Twin, Matt Garza, and Nick Blackburn. The Twins have a horrible road record, and it would be a good time to turn this around to at least ‘average’. Early June sees West Coast road trips to both Seattle and Oakland, and then back to the Chicago Cubs for some interleague joy. The Twins do have a small home stand entertaining the Cleveland Indians (who finally seem to be regaining some of their form) but it’ll be essential that Minnesota improves its woeful road performances as we hit the one-third mark of the 2009 season.

As expected, Justin Verlander pitched a great game Thursday, with an incredible career-high 13 strikeouts. Everyone’s been talking about Zack Greinke this season, but Verlander has thoroughly looked the part recently. After the crazy antics of the previous night, it wasn’t surprising that today’s game was a fairly low key affair at first, which the Tigers broke open in the sixth inning with five runs. But of course, this is baseball…

Tigers manager Jim Leyland took out Verlander in the seventh inning because he’d thrown 120+ pitches. He’d given up a Brian Buscher base hit and a Nick Punto walk (score: 5-0), but he still looked visibly upset, not surprisingly after such a domineering performance. Cue the Tigers bullpen meltdown, with the Twins scoring six runs to take a 6-5 lead, and just like that, Verlander doesn’t get a result, no more runs scored, and Joe Nathan had a quick and easy ninth to close out the game.

Despite the satisfaction of a series sweep against Detroit, the Twins now face a tricky set of games to round out May. 10 of their 17 upcoming games (without a day off) will be on the road, and their opponents will include the New York Yankees, Milwaukee Brewers, Chicago White Sox, Boston Red Sox, and Tampa Bay Rays. Gulp. If Minnesota can make it through that bunch more or less around the .500 mark, I think they’ll have done a good job, but it will be a very testing end to the month for sure.

The Best of the Rest