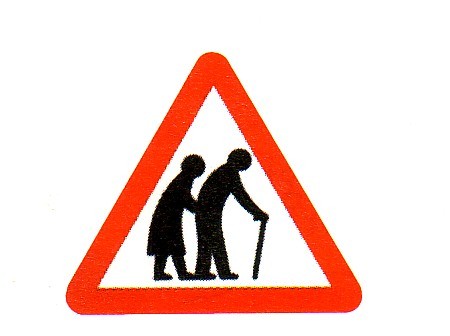 The Minnesota Twins are coming off a series sweep by the Yankees. The Chicago White Sox are coming off a series sweep by the Blue Jays. Minnesota have just put starting pitcher Glen Perkins on the 15-day DL and called up relief-pitcher Sean Henn from Triple-A Rochester. It’s not certain yet who’ll take Perkins’ place in the pitching rotation though. Whoever it is, they will likely be the starter on Saturday against the Brewers. Perhaps it will be RA Dickey. Perhaps they’ll ressurect Sandy Koufax out of retirement and put him in a Twins uniform. I’d like to see one of the hot young pitchers like Anthony Swarzak or Kevin Mulvey called up to make their major-league debuts… seriously, what have we got to lose? But it has been remarked that these young arms are “not quite ready” which is ironic considering how ill-prepared our ‘older arms’ have looked in the bullpen this year.

The White Sox have gone 2-8 in their last 10 games but Minnesota should realize that a wounded Chicago could be a troublesome prospect. They have a nasty habit of waking up when playing the Twins at Cellular Field. I’m remaining cautiously optimistic about our chances Tuesday, Wednesday, and Thursday, but I go on vacation Thursday anyway, so will only be observing from afar.

Well, it only took nine-and-a-half games this season for me to walk away mid-game from a Twins broadcast and head upstairs to play a stupid video game. To be honest, I’m surprised it wasn’t sooner. Last night’s performance against the Blue Jays was probably their most pitiful so far, and it’s all the more tragic because it seems the Twins still have a great team, but they’re totally lacking in confidence.

Thankfully, there’s still a long way to go, and things will get better. Some of the best teams make slow starts, and it’s way more tragic to slump later on in the season than it is early (I’m talking to you, Aston Villa, of English Premiership football fame).

I’m hardly the greatest baseball pundit out there, but I do notice a few things:

If the Twins can pull out a series draw against Toronto tonight (with Roy Halliday on the mound for them), that would be an achievement, and surely help their confidence. Even out of the mere four games they’ve won so far this season though, only one has been an impressive blow-out, the other three have been won by a mere whisker. In any sport, a team needs to be in command and show confidence, and right now, Minnesota is looking a little meek.

Yikes. The Twins and Blue Jays combined for 32 hits last night at the Metrodome. Those Blue Jays are certainly hot, and proved it last night. However, Minnesota’s offense looked solid at times, even though they squandered numerous opportunities to get some more runs and really take the game to Toronto. We left runners in scoring positions a couple of times, and it was disappointing in the bottom of the 8th to see Brendan Harris stranded at third with no-outs and watch Delmon Young, Joe Crede, and Nick Punto all strike-out.

So it seems like the Twins have definitely “got it”, but whether you’re facing a hot team or have some umpiring decisions go against you doesn’t always matter, because Minnesota still needs to push themselves that extra mile and get the job done.

On a more amusing note, if you think Kevin Slowey’s 7.94 ERA is bad, check out Yankees starter Chien-Ming Wang. After two starts this season, he currently has an ERA of 28.93. Now that’s funny.

The Best of the Rest